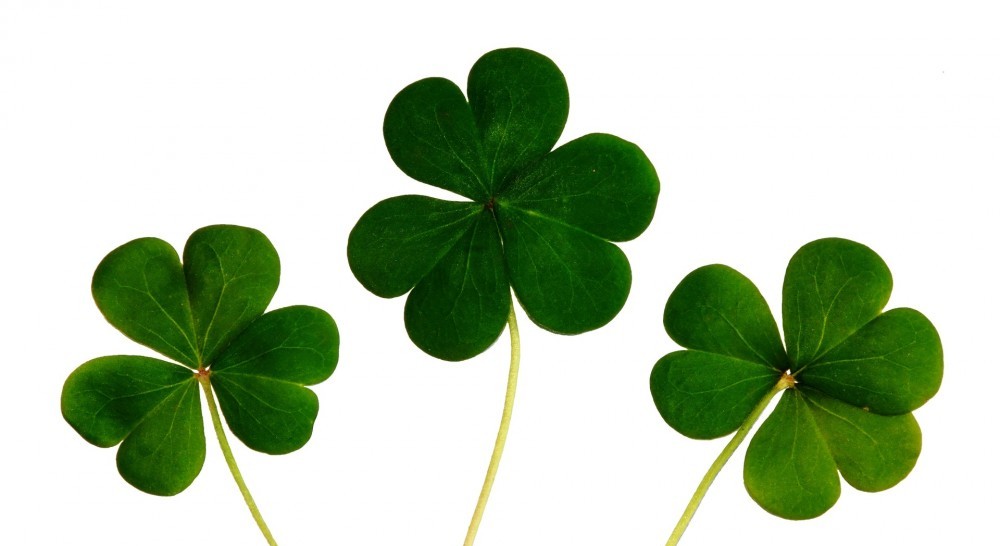 Don’t you just love March? Weather’s warming up, the flowers are blooming, and it’s time scramble through your closet for something green to wear for St. Patrick’s Day!

You want something to read to get into the holiday spirit too. Alas, your findings are small.

No worries, get lucky with these Irish romance novels!

(NOTE: The book summaries are from Amazon.) 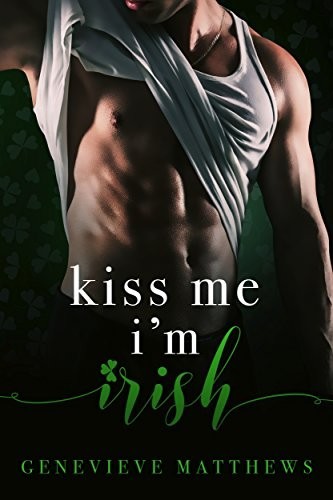 “Stella Chambers works day and night for a boss she despises. So when she gets lost on her way home one night, Rowan McLoughlin is just the guy to help her out. Not only does he offer a drink and directions, he entices her with an offer she can’t refuse, no-strings stress relief. She soon realizes nothing is as simple as she wants it to be. Will she regret the day Rowan walked into her life, or will he truly be the knight in shining armor she deserves?” 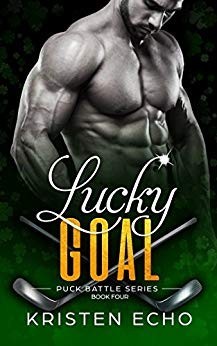 Benny Wilder is Winnipeg’s newest goalie and the one man Beth never wanted to see again. She’d avoided the NHL games when he played, and had moved half a country away, but fate is as twisted as her ex.

His good looks and charming smile may drop panties across the nation, but he’s only after her heart. He’ll stop at nothing until she’s his again. Too bad Beth isn’t the type to forgive and forget.

Love and attraction can’t fix what he broke. They need the luck of the Irish in order to rebuild what they lost, if it’s even possible.” 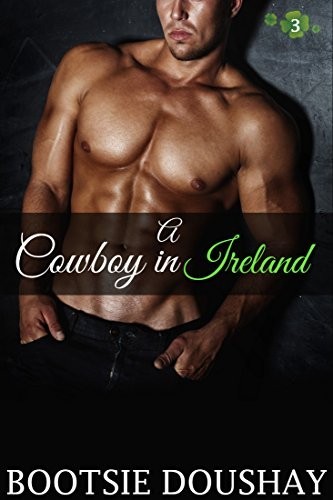 3. A Cowboy in Ireland by Bootsie Doushay (erotica)

“Becca’s just about reached her limit with the girl’s trip to Ireland, and after two weeks there, she’s ready to go home. Her friends drag her out for another boring night at the bar, but all she wants to do is call it a night. That is, until she meets Tanner. Never in her wildest dreams did she expect to run into a little of home all the way around the world.” 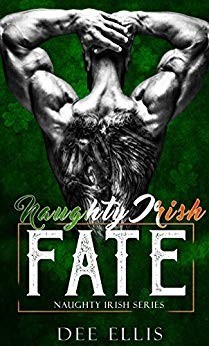 “Bronwyn Flanagan believes in fate.  Every single time Bronwyn has a doubt or a decision she’s too scared to make, she flips a gold coin. Leaving every flip of the coin in fates hands. Lucky for her, fate always seems to give her exactly what she wants. Until she meets Rooker Leary.

Rooker is a man with no ties to any place or anyone. Lives his life on the seas, stopping in ports just long enough to remember he is still a man. The salty sea has always been his siren call. Until he makes port in Shore Ridge.

Bronwyn is a sweet siren that calls to him unlike anything ever has. Enough to make both of consider chancing fate.

Will Bronwyn rely on a coin toss to decide their future?” 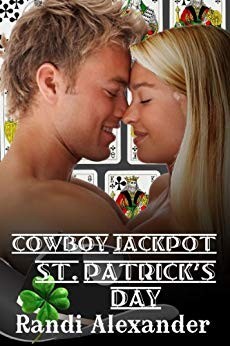 “Stormie Thompson has only one reason for being in Las Vegas; to seduce rodeo bronc rider Jayden Hancock. Thinking she’s the reason for all his bad luck, Jayden wants only to avoid her. But when a lucky mistake at a video poker machine makes them both big winners, Jayden realizes Stormie may be the best thing that’s ever happened to him, especially when he gives in to her seduction. When she finds evidence that Jayden is interested in what she has instead of who she is, can he convince Stormie to ignore her suspicions and trust her heart?” 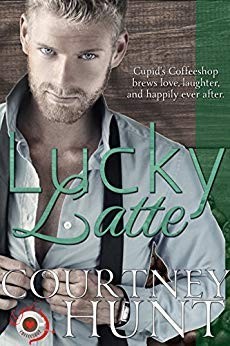 “When Claire O’Shaughnessy needs a date for her younger sister’s upcoming wedding, her new co-worker Grayson March offers to help her—for a price. She’ll have to let him work with her on their firms biggest account.

New to town, Grayson March is struggling to find his place in Ashford Falls, his attraction to his pretty but prickly co-worker notwithstanding. When he offers to pose as her lover, Grayson takes a crash course in getting to know Claire and gradually they become friends.

When their easy friendship combines with sizzling attraction, will they realize that their pretend relationship is real after all?” 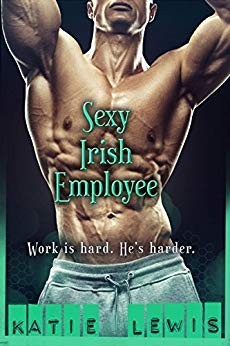 “Avery is at the end of her rope and drunk on the floor of her office, but when sexy Irish contractor Cillian Dawes bursts in and agrees to strip for her pleasure, she knows things are looking up. As the night progresses with dinner and foot rubs, this Irish employee gives Avery more than she ever dreamed of and leaves her terrified of how much she wants him.” 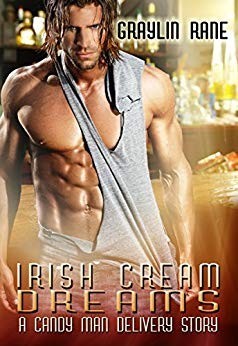 “Mary Elizabeth owns an Irish pub on the beach in South Florida. Picked by Eros to receive a chocolate man of her own, she struggles with doubts and insecurity. Joshua is carved perfection smelling of Irish Liqueur and Chocolate, can his sweetness get her to open up to everlasting love?” 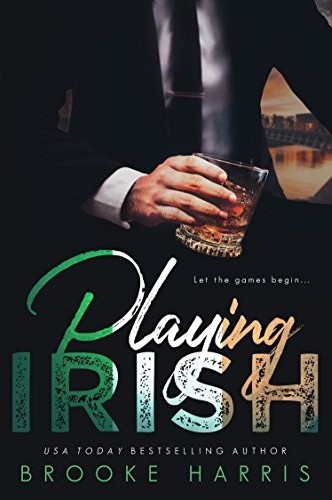 “Evangeline Andrews is quiet and unassuming, or at least she hopes that’s how people see her. Fleeing her life in New Jersey to hide in Dublin the last thing she needs are her secrets following her across the Atlantic. And what’s the best way to keep a secret? Keep your mouth shut.

Life is one big game for online-gaming genius Julian Harte, and he plays to win every time. Becoming a self-made millionaire before his 30th birthday, Julian’s office is his playground, and he sets the rules. Julian hasn’t lost a round yet and he’s used to getting everything he wants. He wants Evangeline. But she doesn’t want to play.” 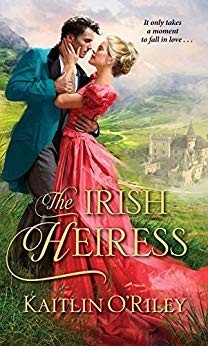 “Quiet and intuitive, Lady Mara Reeves has always felt more at home amid the green hills of her native Ireland than in London’s stifling ballrooms. Determined to remain single, she’s adept at gently rebuffing any suitor who comes her way. So why is she so drawn to Foster Sheridan, Earl of Sterling? It’s a connection unlike anything she’s ever known, yet complicated by one scandalous fact: the man she believes to be her destiny is already married . . .

Trapped in a loveless union with a woman who refuses to divorce him, Foster is resigned to loneliness until he meets the exquisite Mara. Her wants her as a wife, not a mistress, but he can’t resist her unconventional offer. Their passion is intense, as is the risk. For even as Foster follows Mara home to Ireland, their pasts will lead them toward danger that only the deepest love can overcome . . .” 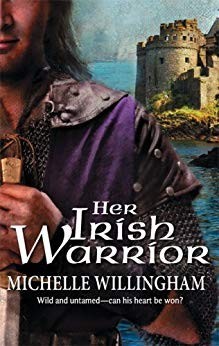 “Genevieve de Renalt must escape her betrothed, even if that means putting her trust in the hands of the enemy!

Irish warrior Bevan MacEgan cannot leave a lady in danger, but how far will he go to keep her safe? Marriage would benefit them both, yet he has sworn never to love again….

Proud and strong, he keeps Genevieve at a distance but, as she begins to melt his heart, a shocking discovery forces Bevan to make a choice–a choice that could mean losing her forever!” 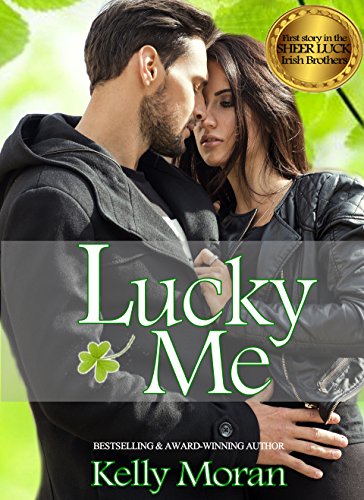 12. Lucky Me by Kelly Moran (contemporary)

“Declan O’Leary’s family is cursed. For the past one-hundred years, bad things happen if they fall in love. So Declan lives his life one woman at a time. Until he meets Lily Durand and he finds himself wishing for a forever that can never be. Yet their fate encounter and one week of bliss just might be enough to turn his luck around.” 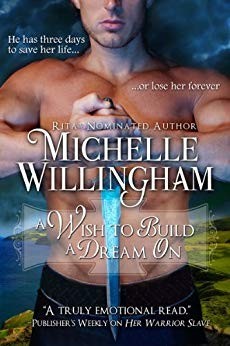 13. A Wish To Build a Dream On by Michelle Willingham (time travel)

“Mary Samson never dreamed that stepping into a fairy circle would send her back in time to medieval Ireland, into the arms of warrior chief Cian MacCorban. Reclusive Cian is a man with the curse of the Sight, knowing exactly when his friends and family members will die. But when he meets Mary, he has only three days to save her life . . . or lose her forever.” 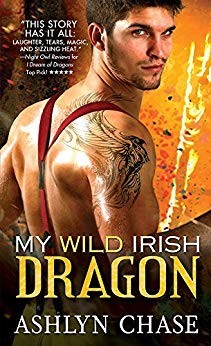 “Dragon shifter Chloe Arish is hell-bent on becoming a Boston firefighter. She uses her Irish charm and fake documents to score an interview, knowing she has to work every bit as hard as a man—harder if she wants their respect.

Born into a legendary Boston firefighting family, phoenix shifter Ryan Fierro can’t possibly let someone best him on the training course or the job. He’d never hear the end of it. When a feisty new recruit comes along who’s determined to do just that, Ryan plots to kick her out—until their sizzling chemistry turns explosive…” 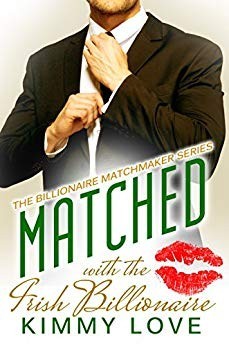 15. Matched with the Irish Billionaire by Kimmy Love (billionaires)

“Tia just wanted a taste of the high life. For once in her life she wanted to be wined and dined.
So much so that she lied on her application for the Billionaire Matchmaker Club. A chance to date a billionaire bachelor who is looking for love. She pretended to be someone she wasn’t in order to gain something she probably does not deserve.

Now she in big trouble.

Her match is a perfect one. Irish Billionaire Daniel Monaghan has a perfect body to go along with his charming personality. They could be a match made in heaven. Can Tia live the rest of her life with this lie or is it time to tell Daniel the truth?”

Which lucky book are you going to read?